The Sakha republic (Yakutia) is part of the Russian federation. It is as large as India. The Sakhas were 382 000 at the 1989 census - the larger native group in all Siberia. They speak a Turkish language but with numerous Mongol elements. They seem to have come to the north from lake Baikal, repelled by the Buryats. Sakha is their real name, the name Yakut is a deformation probably due to the Evenk (called Tungus in older days). The Sakhas differ from most other Siberian people in that they arc sedentary breeders, who have managed raising horses and cattle in spite of extremely hard weather conditions: the pole of cold for the northern hemisphere is situated in Oimiakon, where temperature can go down to minus 83°C.

The traditional Sakha religion is shamanism. The Sakhas had two types of shamans, black shamans and white shamans. These last disappeared in the XIXth century. As for black shamans, they were persecuted and sent to camps or killed during the Stalinian period. It is hard to say what is left of shamanism in Yakutia. But it certainly holds a considerable place in the Sakha imaginary and it is of fundamental importance in today's determination to reconstruct national identity.

The olonkho, the traditional epic which we present here in its popular form, is also performed by professional actors-singers in the theaters of Yakutsk or other towns of the Republic. It retains the conception of the three worlds through which the udagan, the shaman, used to travel and where the bootur, the epic's valiant knight, used to fight.

This musical patrimony is also transmitted at school, where young children are initiated to tojuk song or even olonkho, as well as the playing of khomus (Jew's harp), the Sakhas' emblematical instrument.

The Sakhas also do their best to revive the ysyakh, the new year celebration (which takes place in June), when people drink kumys (fermented mare milk), dance the osuokhai (round dance), attend wrestling tournaments, horse races and tojuk song contests. Such circumstances make one fully appreciate the Sakhas' love for their traditions, in particular their musical traditions, and their impressive eagerness in this fully expanding cultural revival.

The Yakuts' traditional music belongs to the Turkish branch of Central Asian and Oriental cultures. It was elaborated in a complex manner. At different periods in its history, it borrowed melodic elements from the Mongols but also from northern Siberian peoples (Evenk, Even, Jukaghir, Chuckch). As of the XIXth century, it was also greatly influenced by Russian singing. The Yakut musical conceptions generated two singing styles. The first one, dieretii, constitutes the basis for traditional singing and olonkho (epic). It is represented by a series of genres, the main of which is the tojuk with its characteristical stanzas all beginning with the exclamation "Die buo!" (Well, listen!). The dieretii style uses micro intervals, guttural sounds and kylysakh, head voice (jodl) passages accompanied by glottal stops, which create a diphonic effect. It is also characterised by a free distribution of the song's syllables and rhythms, within a freely chosen metrical frame.

The second singing style, degeren, pertains to everyday life. Unlike the dieretiit it is sung naturally and in the tempered system; it also has different rhythmical and metrical formulas. Both styles form the basis of the musical dramaturgy for the olonkho syncretic genre, for instrumental playing and improvisation on khomus (Jew's harp) or kyrympa (fiddle) and for the osuokhai (round dance),

Contrary to the first excerpt, shaped like a tale about a strong hero, told for generations, this is a dialogue between Uelen Khardaachchy and Sabarda Tojon, the father of the maid he is proposing to.

6. The prenuptial song of Tujaarma Kuo

7. The lament of Tujaarma Kuo, who is emprisoned in the inferior world

10. The osuokhai (dance in circles) performed by the ysyakh celebration participants. Recorded on June 21 1992 in Suntar

The osuokhai is representative of the degeren style. The degeren songs are the most widespread among the people. They used to accompany the Yakuts life during the shamanic kamlanje and other ritual ceremonies; they are still performed for the round dance and in everyday life in general. Lyrics are given the main place. Degeren songs often use specific technics such as throat rasping (khabarba yryata guttural songs) or tongue clickings (tanalai yryata palatal songs). After the long and hard winter, Yakuts dance the osuokhai to celebrate the long awaited for summer arrival, during the ysyakh feast. The dancers rejoice at the alas renewal, the kumys acidulous taste, the abundance of food, the grass and pine trees scents, the lark song, the arrival of Siberia white cranes and their song associated to the sound of kyrympa. They also glorify the Viliui, the mother river, and celebrate the presence of guests from the whole country as well as abroad.

11. An osuokhai melody in the Altan style

Ivan Egorovich Alexeev created an improvisation-based khomus style. He demonstrates here a whole series of imitation sounds, characterised by their technical perfection, their beauty and the cleverness of their rhythmical formulas. His improvisations are based on tone contrasts between the fundamental and the harmonics. He uses various technics, like naar tardyylar (impulsions given to the lamella in the same direction) and syyja tardyy (old way) where the impulsions gradually extend, accompanied by a series of articulation technics - surun dorboon (the main lone), khaastatyy (the goose song), kueregejdetii (the lark song) - technics using the larynx organes and the breathing system's inferior organes - kenkelej (guttural lung sound), tyynyy araastara (breathing technics). All these, combined with the main melody, reflect the interpreter's emotional state.

Improvisation in the degeren style

Improvisation in the dieretii style

Ekaterina Konstantinova Mestnikova's art is dedicated to chabyrgakh, the "hurried speech''. It mocks the man who rushes home on an autumn evening under the rain - kharabana - in darkness in winter when it's freezing hard - kybyn. She then describes the way of walking of ten people (bibigi khajdakh syldiabyt - how nicely do we walk!). She solemnly praises the work of the man who built the new village club. She makes fun of the country man who arrives in town and finds it difficult to adapt. But before she starts the chabyrgakh, she talks about herself. So we learn that she was born in the 'Ust-Aldan region, that she is the youngest daughter of a great olonkho singer, and that her mother was the daughter of a famous blacksmith. She then tells us that she loves her husband Volodia, that she has three children, that her maiden name is Bourtzeva and her husband's name Mestnikov, that she lives by the Lena river, in Sottincy, and that, growing older, she took a passion for chabyrgakhsyt (chabyrgakh singers)

17. The song of a young maid about to get married.

According to P.D. Guliaev, born in the Kobaj region, (114 years old in 1992), this degeren style song was recorded in 1938 by G. Pavlov. The use of the kylysakh make it sound like a lament.

into this large world

into this sunny world

I have grown up

and the time has come

for me to leave home

and go on my way

You are coming with me

by giving me all I need

and wishing me good luck

May our future children

May our cattle breed well

May our house be always warm

In your hand you hold the great choron

and decide of my destiny

You wish me many things

as imperishable as a white mare

and then as a libation you pour

the kumys onto the sacred fire

and wish me eternal happiness.

the man I loved and desired

If one day my life should grow dark

only then would I be offended

If sorrow should overwhelm me

only then would I become sad

The word tojuk means song. It comes from the imperative form tuoi!, sing!. The tojuk contents are transmited through standard melodies with a construction in stanzas, each ending in a cadence rich in kylysakh. Tojuks sing nature and one's native fellows. Long ago, there were tojuks of mutual praise, tuoisuu, and tojuk poems were long narrative cycles reminding by their shape of the olonkho. This oral tale used to tell about community events. One knows poems about central regions like Manchaary or Chirikovo or about the Viliuisk region, about Dorogunova or the beautiful Suosaldija Tolhonookh. Nowadays, following the appearance of concerts, a new genre is born, the eberde tojuk, in the shape of an allocution.

In this piece, the voice is drawling and the singer interprets the kylysakh in one long breath, without interrupting the melodic line.

In this song praising the beauty and richness of Yakut nature, Valentina Jakovleva reflects the Viliuiski way of singing dieretii.

This song develops the theme of love for one's country, but it differs from the preceding one in that the tojuksut sings his homeland Altan Amgu. where he spent his childhood and life. The standard melody is characterised by its brief staccato phrases, and the individual choice to underline each kylysakh in the style of the Prilensk singers.

(Mrs Galina Grigorievna Alexeeva is a doctor of musicology and works fot the Cultural Ministry of her country, the Sakha Republic)

I wish to thank Mrs Anastassia Bozhedonova and Mrs Tuyaara Olesova from Yakutsk UNESCO's office, Messrs Andrei Borisov, Ministry of Culture of the Sakha Republic, Grigori Tomski, UNESCO delegate in Paris, and all the musicians who took part in these recordings, as well as Mr Potapov who translated the wedding song. 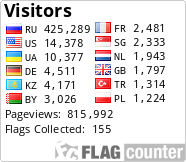